I wanted to have a low-key morning with Blake so I decided to bake bread with him. It takes twice as long to prepare for when you have two kids to juggle. This is a two tone bread made with molasses. It turned out really yummy. My goal was to chill in the morning and then let Blake run amok around the San Mateo fairgrounds in the afternoon. Andrew is entering some of his beer in the county fair and I was to drop off his beer for entry between 2pm and 8pm. Blake wouldn't take a nap (he never does that) so he fell asleep in the car on the way there. Both kids were sleeping in the car when I arrived at the fairgrounds so I dropped the beer off and turned right around for a quiet trip home. So much for getting Blake's wiggles out. We did play baseball in our court once we got home. 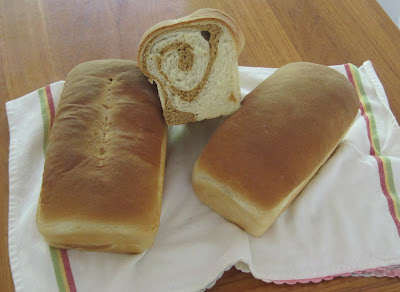 The recipe came from one of my grandmother's cookbooks: 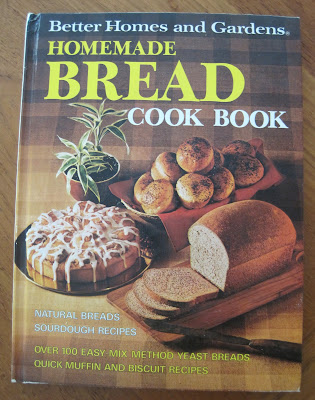 I had my six week check-up with my OB yesterday. We are weaning myself off the blood pressure medication (Monday I will stop it completely). If my blood pressure creeps up again then I will have to resume the medication. I woke up this morning with a headache that felt like someone had hit me in the head with a giant club. They go away really quickly, but I have had enough of this headache nonsense. The OB said he is not concerned with the headaches and that hopefully they will go away.

He then addressed birth control. It was like stepping out of the dark ages. He had so many options and threw pamphlet after pamphlet my way. Who knew about all of these things? I was happy to find out that there is a non-hormonal option for breast feeding mamas. How cool. I told him I have always wanted my three children to be super close in age, but there was less excitement in my voice than other times I have said this. I want them close, but man has this been a crazy pregnancy/delivery/post-partum that I can't even imagine going through this all again anytime soon. I am in no hurry now!

All good news and off to bed I go (yippee it is 9pm and my little baby is getting into a somewhat normal nighttime routine).
Posted by Shannon at 8:58 PM

Yum swirl bread, we had that often growing up! Hmmmm now I really want some! Hope Andrew wins 1st!