The Alameda Point Antiques Fair was a sight to see. It is in a fun location and has very entertaining people to watch. I have never seen so many hipsters in my life. I tried taking spy shots of some of them, but they didn't turn out. Andrew wanted me to take a picture of the guy in a motorized wheel chair pulling a cart behind him so he can pull his treasures along with him. Some things you just have to leave up to the imagination. 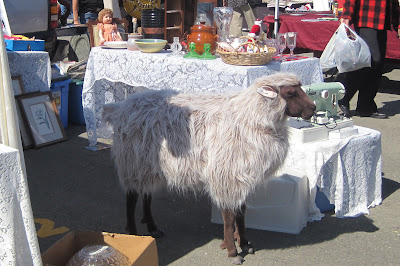 A super tasty cheese steak sandwich. It wasn't $150, but paying $7 left me feeling like I had spent that much: 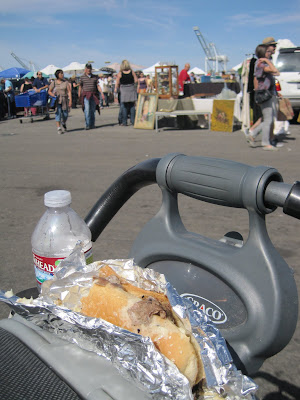 This lamp was technically $149. It is the object of my affection: 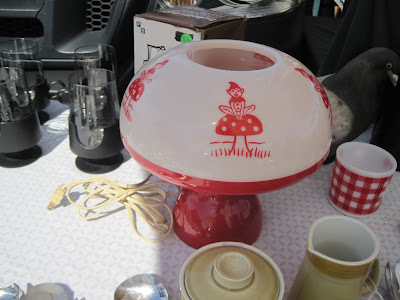 My pictures don't represent all the cool things we saw at the Antique Fair. I was too busy hustling up and down rows to stop for pictures. If I had had a ride along cart I would have bought five or six big ticket items to resell on craigslist. Andrew was there to act as my voice of reason. I have been dreaming of opening my own Etsy shop.
Posted by Shannon at 8:28 AM