There is still Reade to support in his school's principles.  Today, I celebrate Maria Montessori.  She is a badass.  Read for yourself: 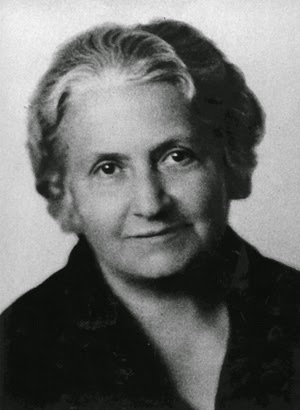 Maria Montessori was born on August 31, 1870, in the provincial town of Chiaravalle, Italy, to middle-class, well-educated parents. At the time that Montessori was growing up, Italy held conservative values about women's roles. From a young age, she consistently broke out of those proscribed gender limitations. After the family moved to Rome, when she was 14, Montessori attended classes at a boys' technical institute, where she further developed her aptitude for math and her interest in the sciences—particularly biology.
Facing her father's resistance but armed with her mother's support, Montessori went on to graduate with high honors from the medical school of the University of Rome in 1896. In so doing, Montessori became the first female doctor in Italy.