Piper's birthday evening was spent in a hotel in Tacoma so she could prepare for her first running competition.
This morning, she participated in Tacoma's Sound To Narrows race. 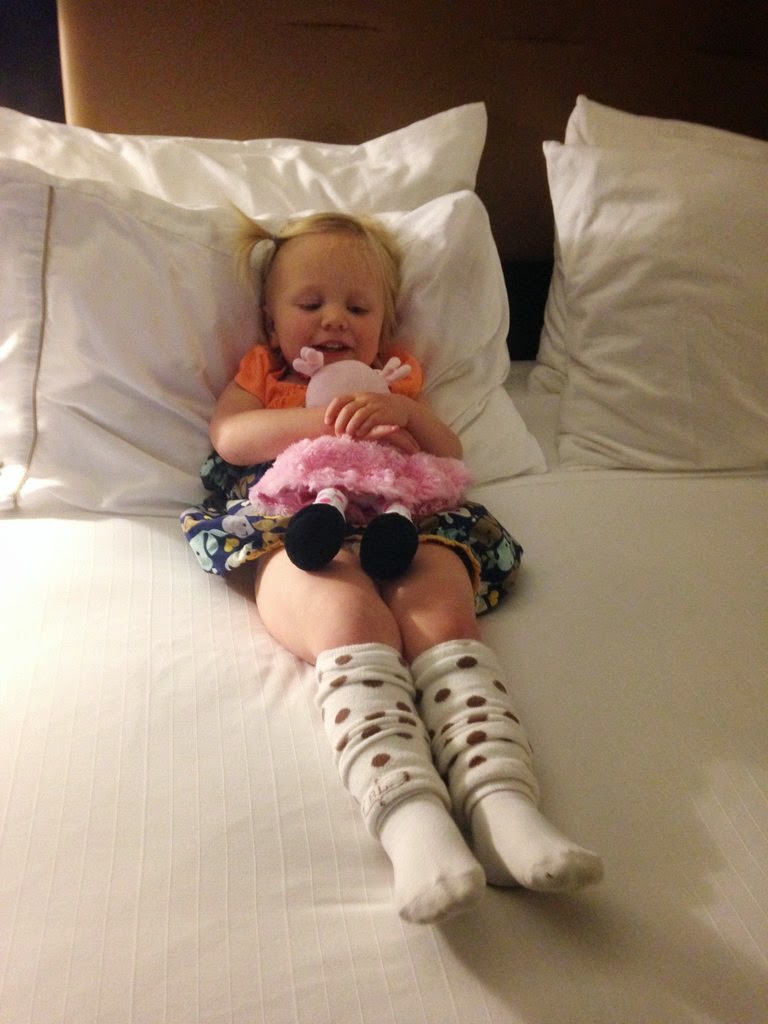 This was Reade's first 2K running race also.  Here he is with Band-Aids all over because he fell on cement while running around after dinner: 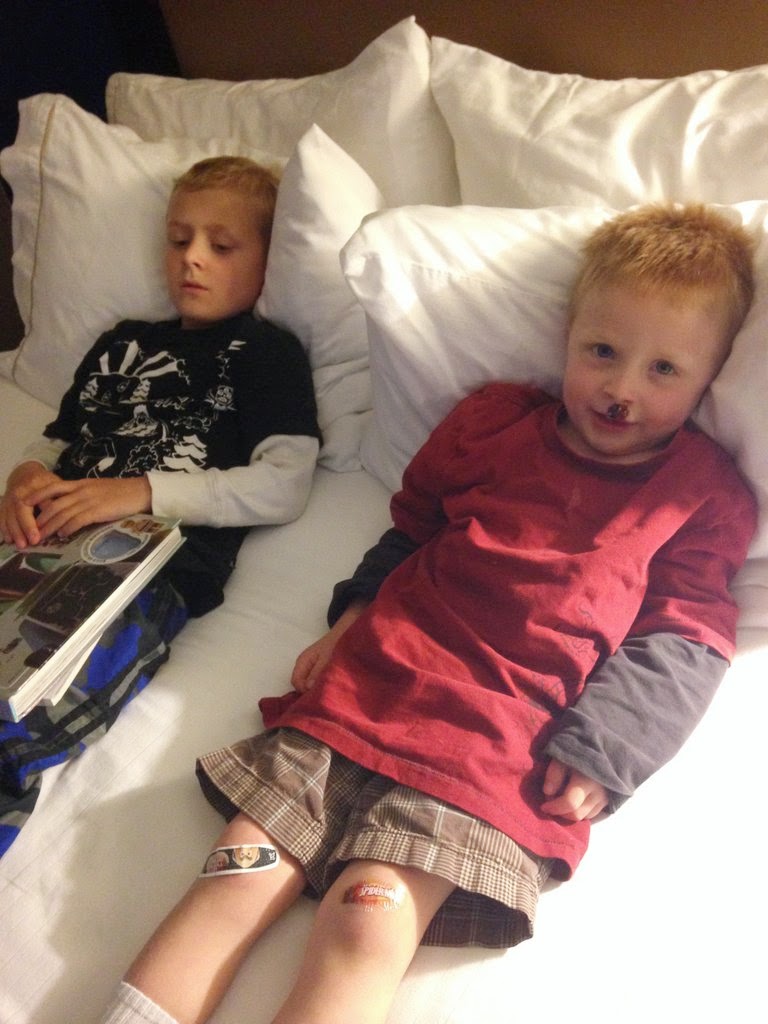 I didn't expect to be running the race, for I seriously thought Reade would walk.  He didn't.  He ran the  majority of it and ran it fast to keep up with Blake.  That meant I had to run up those hills with Piper in the stroller.  I was sweating more than they were: 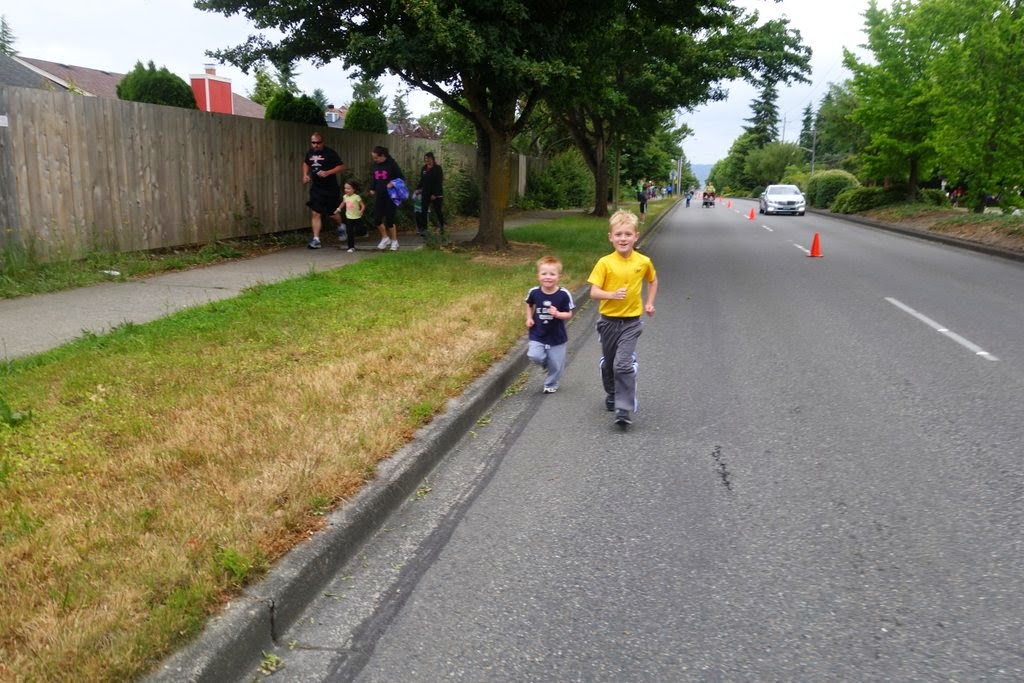 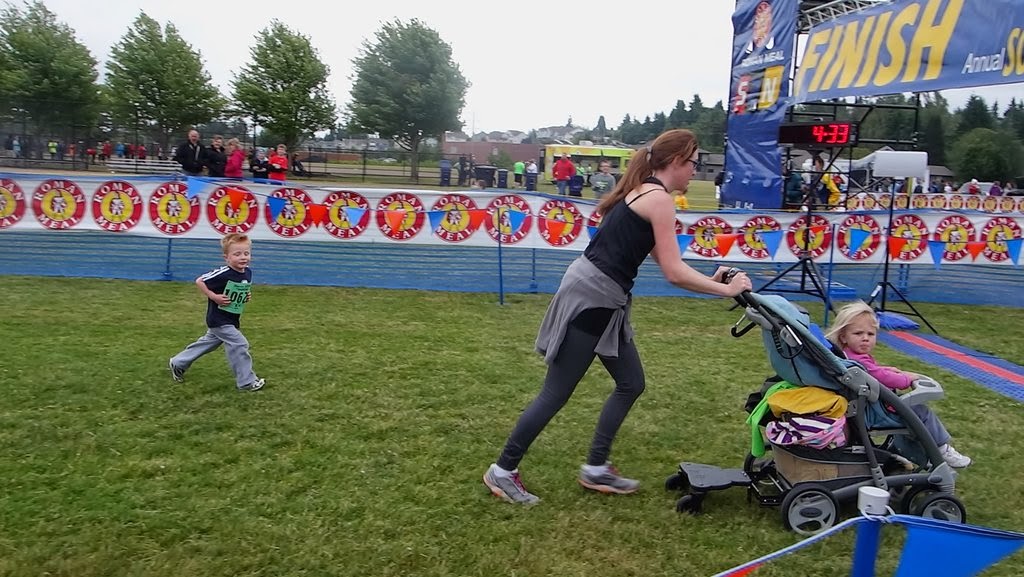 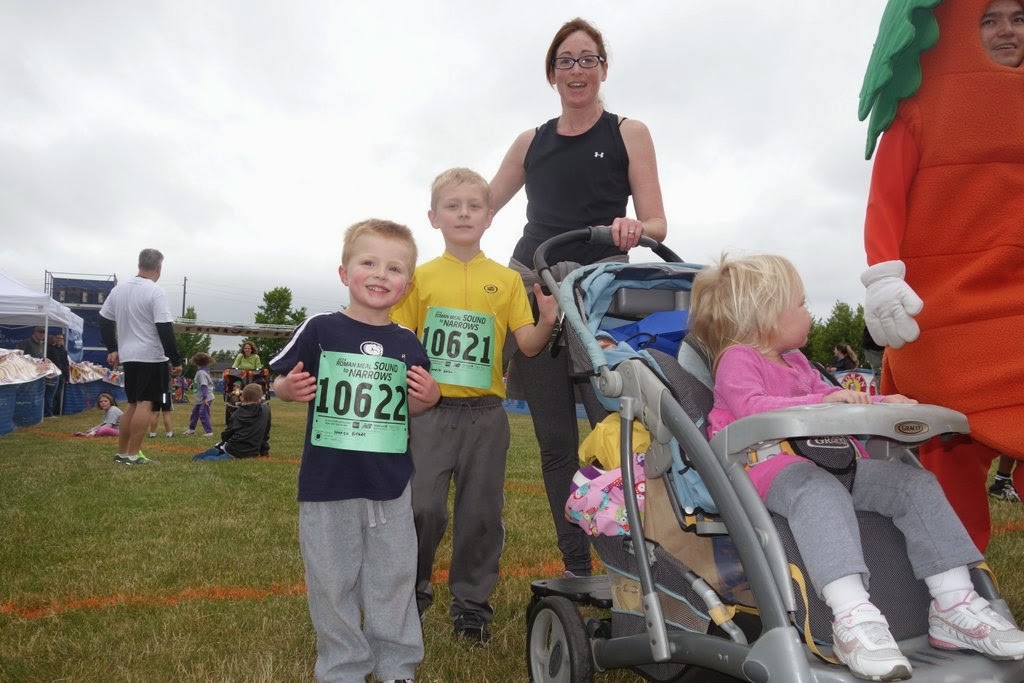 Andrew ran the 5K portion of the race.  We missed capturing his grand finish on video because Blake was pooping in the porta-potty.  No cowbell, no family, no nothing for Andrew at his finish line!  Sorry. 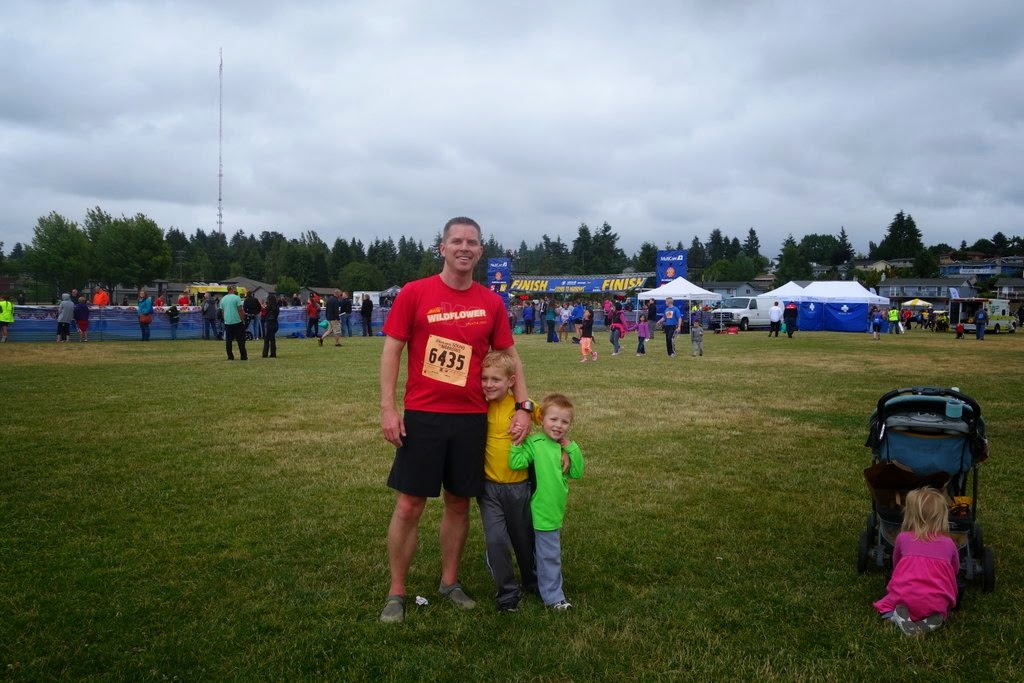 We all went to bed way too late the night before and woke up way too early for the race.  We started racing at 8am and had to wait until 10:30am for Piper's Diaper Dash.  She didn't want to be around anyone so she sat on the baseball field playing in the sand: 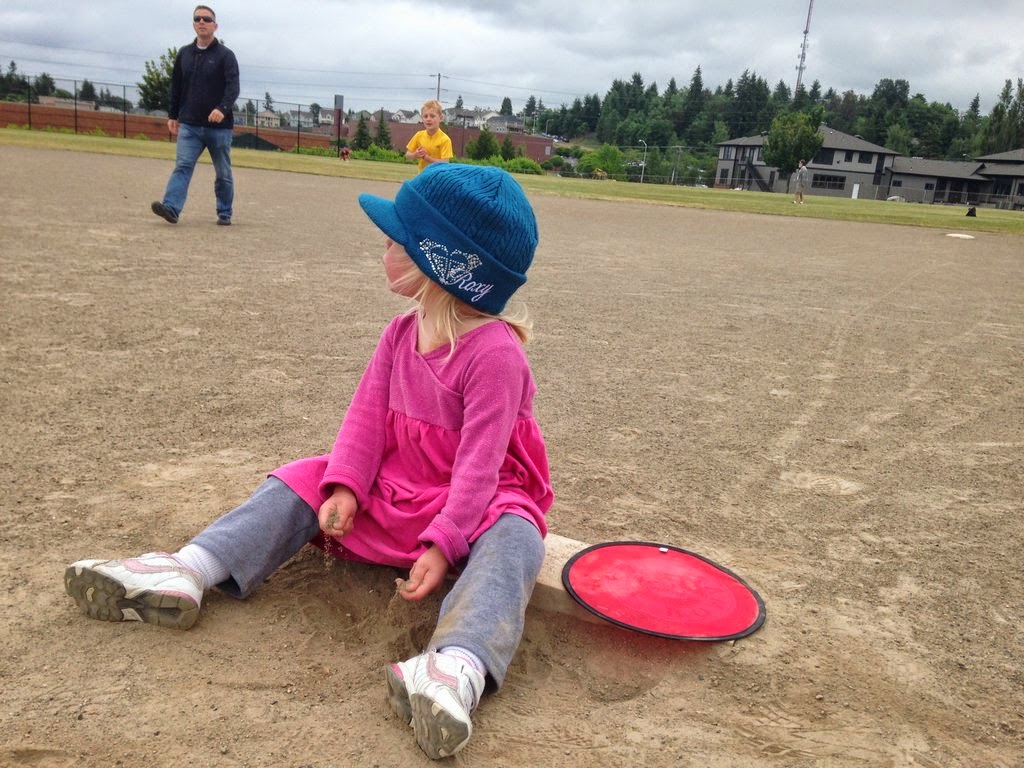 Blake has been obsessed with going to Red Lobster for months now after watching their commercials.  We don't have one in Seattle so I thought it would be fun if we took him there for lunch in Tacoma.  He asked if we brought his swimsuit and needed to get on a plane.  He didn't understand it was a restaurant, but thought it was a beach vacation.  Boy did we ruin him with reality.  At least the server let him pet the lobsters in the tank and watch as they stuck crayons in its pincers: 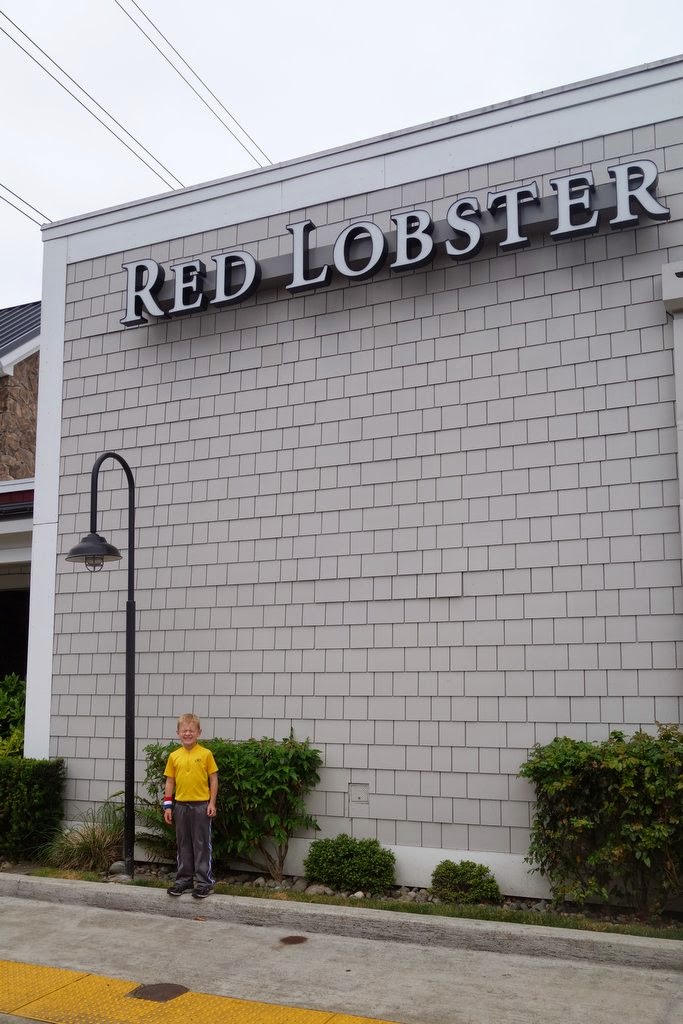