I can't believe I finished a 9K. I know that this run was a "typical loop" for Andrew, but I felt like I accomplished something so huge. Just last year, I entered the Davis Turkey Trot (walking only) and thought to myself, "I could never do that." Thanks to my friend Skyla, I did it.

Leaving the van to go join the masses: 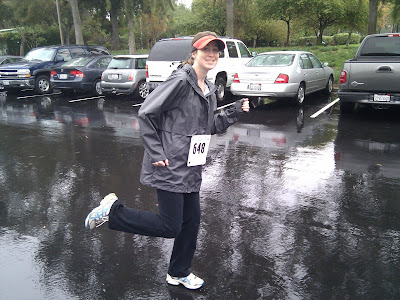 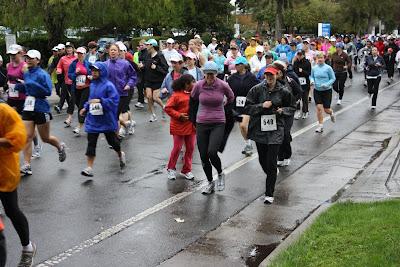 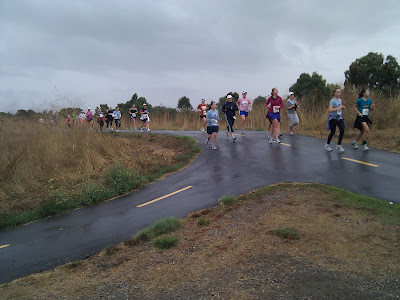 Skyla and I started out running together, but since she could run the whole thing I encouraged her to go on ahead of me. I had to walk around the 2.5 mile mark since I had been keeping up with her. At first, I felt defeated. Then I realized I was child free, husband free, and love walking in the rain. I felt like I was on vacation. So I walked for a bit and then my body just started running again. I ran/walked until a bit after the 7K marker and then ran the rest of it straight through. I couldn't believe I was actually running for the last mile or so. Skyla finished in 50 minutes and I clocked in at 1 hour, 15 minutes. I felt like a million bucks.

I told Andrew to go home and keep the kids out of the rain, but he couldn't resist cheering for me before taking the kids home for naps: 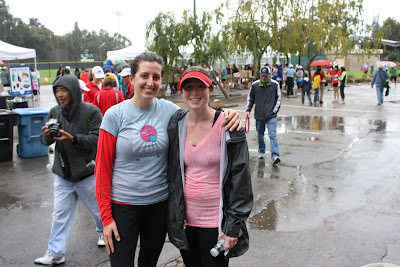 Thanks Skyla! See ya at the next one.
Posted by Shannon at 9:16 PM

Yahoo!! You go Shannon, your great. We'll have to do a tri for fun together.

Never say never, but I am going to leave the triathlons to you my dear.