It's November. That means Halloween has come and gone. This year was wonderful and Blake had a great time. I couldn't have asked for a better Halloween. Ellen and David came up for the weekend and boy did we pack in the activities.

Andrew and David went for a 9 mile bike ride up Old La Honda in Portola Valley. Ellen, Blake, and I went shopping in downtown Menlo Park so we could hit our favorite, Penzey's Spices. We all took naps and then headed out to California Street in Palo Alto for some business trick-or-treating. It was fun to see him interact with the other kids.

I had so much fun making Blake's costume. Here Blake transforms from a little boy into a little mummy: 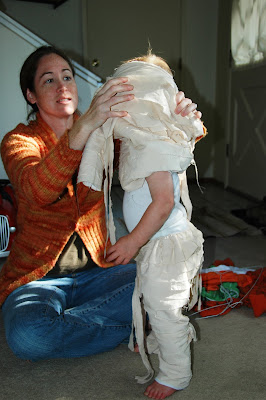 Leaving treats for the neighbors before we set out: 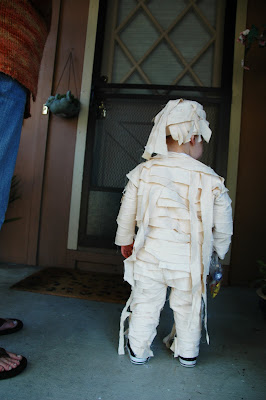 Blake had no idea what he was in for: 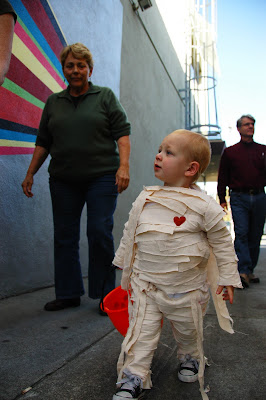 What were all these crazy kids doing dressed up in costumes too?: 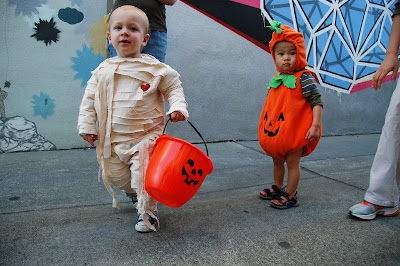 Once he found out candy was involved he got really into it: 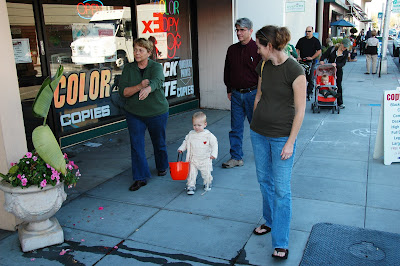 Then came the best surprise! Raisins! He threw his other candy down and had to stop and eat the raisins. Right now these are my magic, mommy weapon. If I need him to be calm and focused I can always win when I whip out the little, red box. 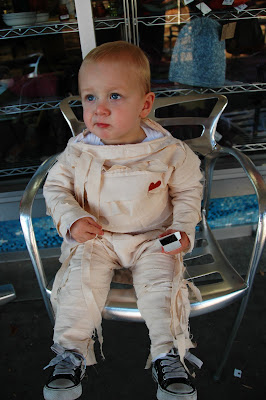 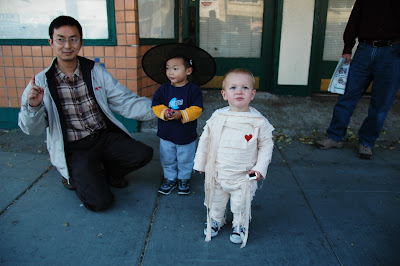 Then came another friend dressed as a wolf in sheep's clothing. It was so funny to watch them walk up to each other and touch one another's costumes: 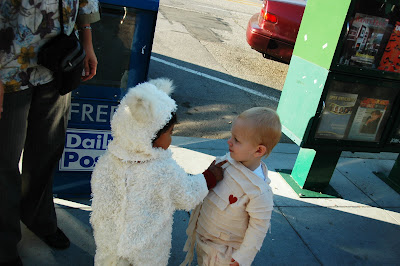 After eating a great Thai dinner we headed home to get ready for trick-or-treating in the neighborhood. He had plenty of energy left and loved walking door-to-door. We had some issues with taking "just one" and he even perfected a move of knocking a couple out of the bowl and putting the extras in his bucket. Hmmm, sounds like he is taking after me in his love of candy. We quickly redirected his inner devil and he was back to being polite at the next house. He was so tired by the end of the night that he actually started to walk like a real mummy. 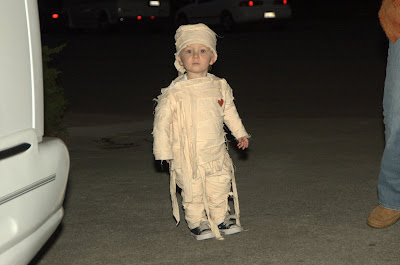 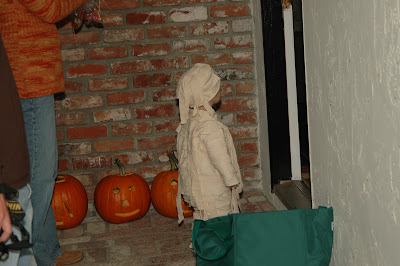 Grandma and Grandpa got to go too: 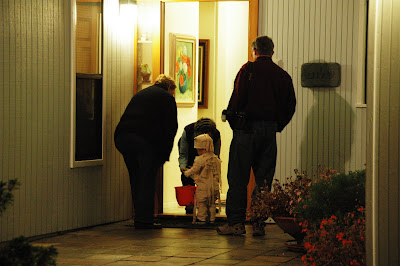 Once back at the house, he had a few pieces of candy and got a second (er, third) wind and turned into a crazy sugar kid: 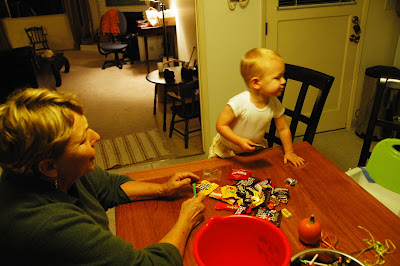 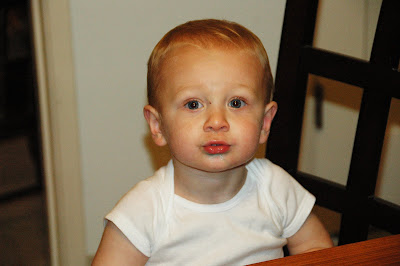 He didn't make one peep once we finally put him down for the night. He was so full of Thai food, candy, and cheerios by the end of the night I thought he would pop. What a blast.
Posted by Andrew at 1:10 PM