Wake Up And Work Day

I found free urbanite on craigslist and hired another guy on craigslist to pick it up in his truck and dump it in our driveway (he wasn't free!) so I can build paths under our backyard tree.

I have been waiting for months for some local stuff to become available in the quantity I wanted: 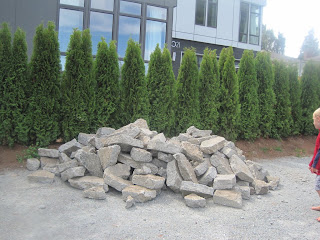 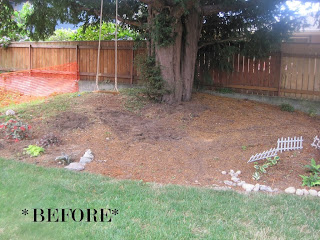 Jiminy Crickets, it took all day to dig 4" holes for the pavers.  I will be busy for a while doing this.  The dirt is chock full of root masses because the hill used to be covered in ivy.  Use your imagination and hopefully this will be fun when I am finished. 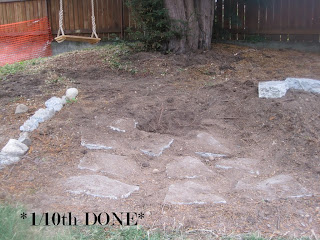 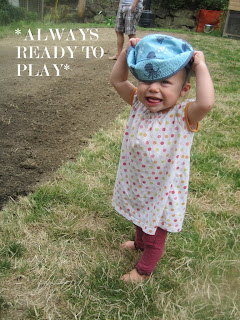 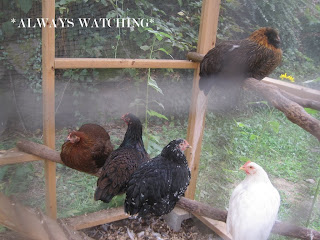 Andrew mentioned renting a sod cutter next week and I encouraged him to think about hiring someone to come in and do it for him (as to preserve some of his back).  He said yes, and within an hour I had a guy out to get started on the project. 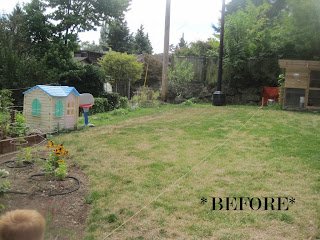 3 hours later and paying too much, we have our garden.  Andrew will be putting up a fence down the line of the garden so we can let the chickens roam.  He will be cover cropping the area throughout the winter and will get serious come Spring 2014. 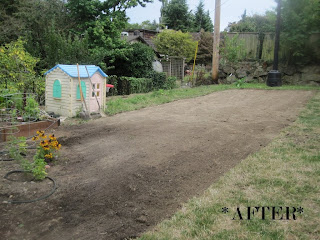 We sold our corn dog trees on craigslist because we are having a fence put up between us and the neighbors.  That left gaping holes. 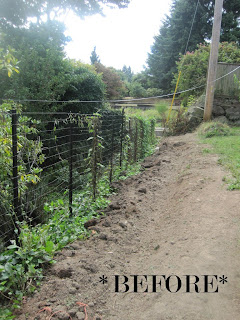 Andrew and the crew filled the holes with the sod so it isn't such a dangerous spot. 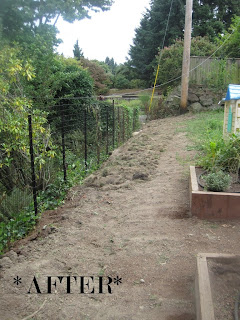 Getting up tomorrow to exercise will not be easy.

So much work! It's going to look great.