I had some Italian soda left over from the baby shower so I decided to stand next to the fridge and down the rest of the bottle. I have never had this before and was intrigued when I read "Imported from Italy" on the Safeway Organics label. How odd to import sugar and fruit juice concentrate. Sounds like something the U.S. is good enough at. Why import it?

So my research began: 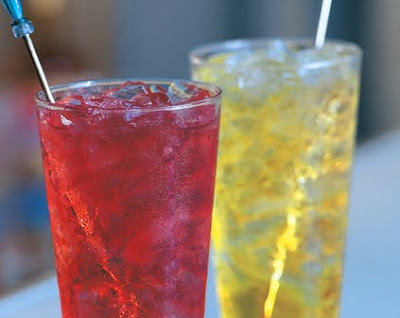 Wikipedia text:
In spite of its name, Italian sodas originated in the United States, not Italy.[1] One claimant to the introduction and increased popularity of Italian sodas is Torani: Rinaldo and Ezilda Torre brought recipes for flavored syrups from Lucca, Italy and in 1925 introduced what become known as an Italian soda to the North Beach neighborhood of San Francisco, California.[3] 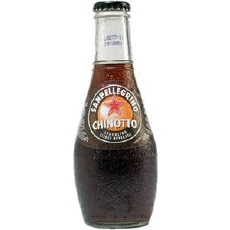 Chinotto is a type of carbonated soft drink produced from the juice of the fruit of the myrtle-leaved orange tree (Citrus myrtifolia). The beverage is dark in color. Its appearance is similar to that of Coca-Cola, but it is not as sweet as Coca-Cola, having rather a bittersweet taste.

The origin of chinotto is unclear. San Pellegrino claims to have created it in 1932, and Neri claims to have made and marketed it first in 1949. Another important brand of chinotto was Recoaro, which was the best-selling chinotto soda in the 1950s.

Chinotto is fairly common in Italian immigrant communities worldwide. There are local versions of the drink in some communities:

too hot for the kitchen said...

I love food history! Why don't you answer your phone?

I am not answering my cell phone because the on/off button is broken. A friend gave me an interim phone, but I am waiting for the chargers to arrive in the mail.