John Stewart said that the Bush Administration gave him so much material to make fun of, he didn't even know what to do with it. That is how I feel about my mother's group emails. If you are getting sick of them just let me know and I will stop. From today:

"My 3 year old daughter and I were waiting to get her hair cut at Snip-Its in Town and Country Village in Palo Alto this afternoon. We had purchased some sidewalk chalk at the CVS there and decided to draw with chalk on the sidewalk just outside the shop, making sure to not get in anybody's way. After about 15 minutes, two security guards approached my 3 year old and me and told us that we had to stop because this was private property. I pointed out the number of children oriented shops right around us and asked if they were serious. They ordered us to stop immediately. My daughter was so upset. She thought she had done something wrong, and we weren't even able to get her the haircut.

I wish I had videotaped this incident so I could truly show you how ridiculous this was to have two security guards threaten my 3 year old. And I am pretty sure there was recently a court case that ruled that malls are protected free speech areas. But I didn't think of fighting it at the time because I was too shocked. If anyone else is interested, I have half a mind to stage a "chalk-in" with moms and kids from the mothers clubs to protest this policy. At the least, maybe we could mention to shopkeepers there and write a note to the owners of Town and Country asking them to reconsider their approach to creating a family-friendly environment."

Dear Ridiculous Lady,
I am guessing your child's artwork does not resemble that of Justin Beever (as seen below)? 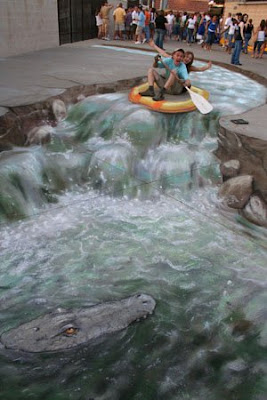 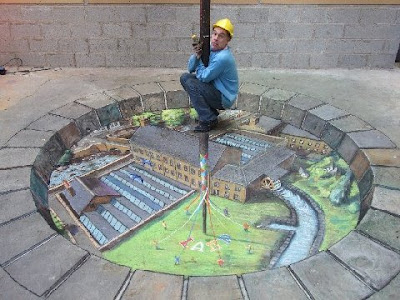 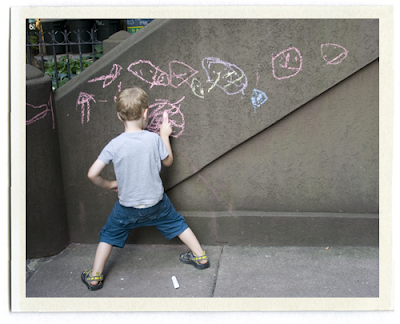 Silly lady, we all know a place that charges $25 for a kid's haircut and offers mini-manis, make-up application, and hair wraps for five year olds may want to keep their storefront clean. Someone posted a comment saying, "Buy your kids an etch-a-sketch so they can play, but not deface property." Well said!
Posted by Shannon at 11:55 AM