Here is video footage of them putting them in their makeshift nursery:


Firetruck Nozzle Hose didn't look good 10 minutes after we put her in her new home.  She was dead within the hour.  I showed Blake and Reade and Blake said, "Oh Reade, it's your chicky that died."  Reade fought back tears, tilted his head and said, "We just need to give him some medicine."  He learned that sometimes it is too late and I promised him a replacement. 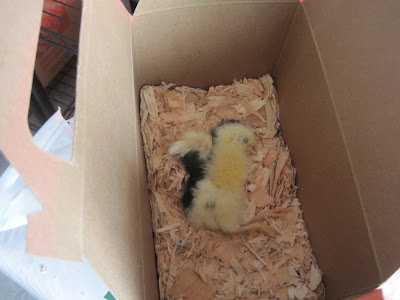 I headed back to the grange and we now have Firetruck Nozzle Hose II. 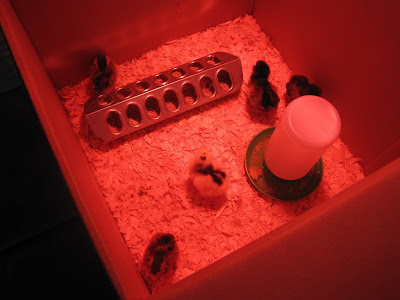 too hot for the kitchen said...

Super cute even the dead one, sounds like good names too. Only a few months till your first eggs.