There is only one drawback to moving into a new home and that is figuring out how to cook in the new oven. I should have taken pictures of the brussel sprouts I roasted the other night. They were little, black morsels within the first ten minutes of cooking. Against my morals, I bought some frozen cookie dough from Trader Joe's (cookie dough is not a hard thing to produce on one's own) and creamated them last night. It was so sad to smell cookie heaven and then one minute later smell cookie death. We ate the tops and called it an evening. 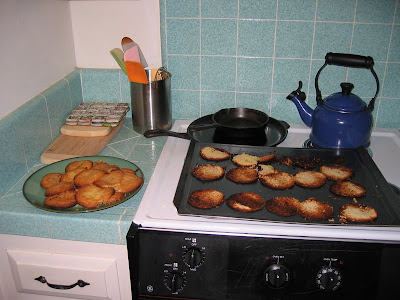 My child came down with a fever (his first) on Sunday. It only got to 101 degrees at its worst so I thought he had a mild flu. Then today, tiny bumps covered his whole trunk. I called the advice nurse and she said it sounds like he has Roseola. Poor blotchy boy. Here he is in his sick sadness. 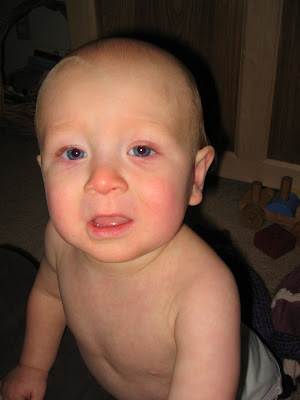 Okay, so he was only mad that I wouldn't let him hold the camera. Here is what he really is acting like. He has stopped eating solid food and makes up for it by nursing on the hour. He wakes up frequently in the night so I will look forward to getting some sleep when this is over and done with. 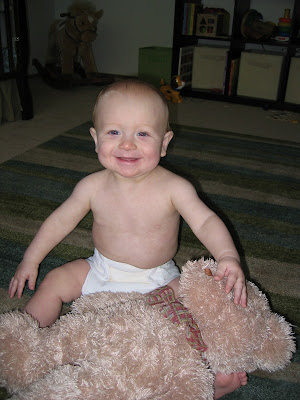 Looks like you guys are getting everything checked out at your new place...burned food..means your finally able to cook and try out the oven etc. sick babies, yep I can drop everything to feed, nurture and entertain the little guy....of course Shannon, you are left exhausted. So; get Andy to take you out for an evening. Looking forward to seeing the new place.