Last weekend was Discovery Bay's water parade. The yacht club's memebers put on a water parade where they decorated their yachts with Christmas lights. It was very fun and too bad we don't belong to the club because the after party sounded mighty wild! They set off fireworks which sent LuLu into a two hour panic attack!

Aden's family joined us in watching the parade. Now Aden says, "Teenie, LuLu, Mom, Dad, Nanny, boat, Santa, dance." Then Aden says, "Santa crazy" and throws his arms around while hissing to display how Santa went crazy dancing on the boats! Sometimes Andrew is thrown into the story too! 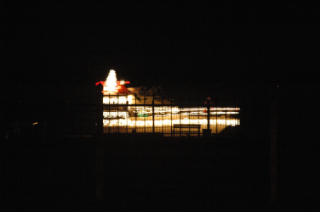 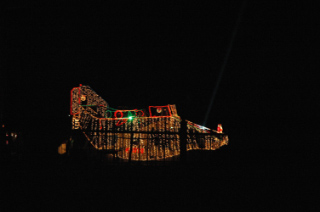 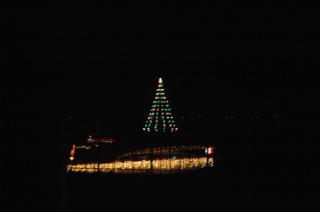 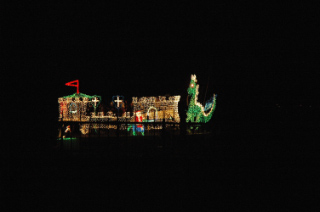 P.S. The dragon on the "castle" yacht actually blew out smoke!

The boats look amazing! How fun!