We celebrated our friend Skyla's birthday yesterday. Our original plan was to have a picnic party outside of the Gilroy skatepark, but because it was 100 degrees we decided to head to the pool. Plan B was to meet at the Morgan Hill Aquatic Center. That was closed for the season so we went with Plan C and chose the Morgan Hill Centennial Recreation Center as our party spot. All was finally well. 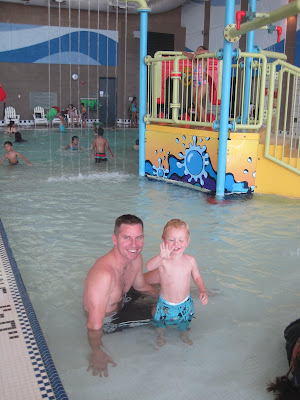 We headed back to Skyla and Casey's to have a more sanitary party of our own: 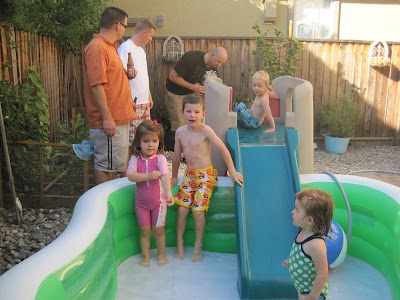 Here is Reade trying out a Bumbo seat and enjoying the air conditioning: 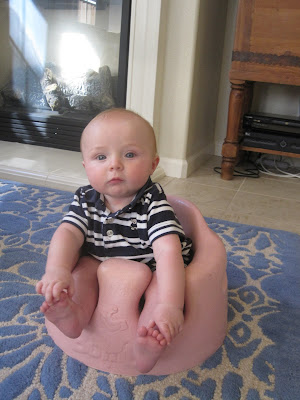 
We hung out outside for the end of the party while the kids monkeyed around. I can't believe that we started hanging out with this group when Skyla was pregnant with Aiden. We went from a group of six to a group of 12. It seems like it happened in the blink of an eye and it is so good to finally be back to hanging out in a group. All these children have left us kind of busy so finding time to all be in the same place at once is a miracle. I hope it gets to happen more often. 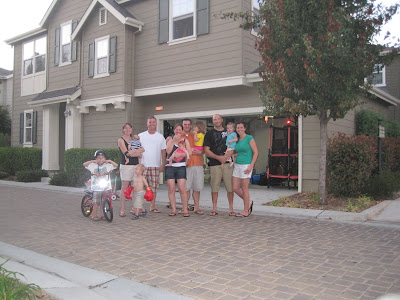 Happy Day After Your Birthday Skyla!
Posted by Shannon at 3:20 PM

Thanks for the photo fun :) I'm totally crying/laughing in that last photo - super sweet. Fun to have a group photo of the whole gang though.